Sources of bacterial contamination on Computer Keyboards can include poor hand hygiene and droplets of saliva that inevitably fall on the keyboard during talking, sneezing, and coughing.

The researchers have found that computer keyboards are glued with very high levels of bacteria. Further, disturbing is keyboards shared by multiple users that have much more bacteria than those used by only one person.

The study conducted by the University of Arizona, USA researchers found that the average desktop has 400 times more bacteria than the average toilet seat.

A study at North-western Memorial Hospital, Chicago found that deadly drug-resistant types of bacteria (vancomycin-resistant Enterococcus faecium (VRE) and methicillin-resistant Staphylococcus aureus (MRSA)) could survive for up to 24 hours on a keyboard, while another common but less deadly bug (Pseudomonas aeruginosa) could survive for an hour.

How Do Bacteria reach Keyboard?

Most of the bacteria pass on from users, usually from skin, mouth and nasal passage. Various studies have established that bacteria are passed from hands to keyboards.

Usually, these bacteria will not cause any health problems but can upset the health of people whose immune system is weak due to illness/weakness. Sore fingers, fingers with skin rashes/diseases can cause infections to the users of Keyboards. The person suffering from Flu if using the keyboards can pass the disease to the next users. One needs to be alert. 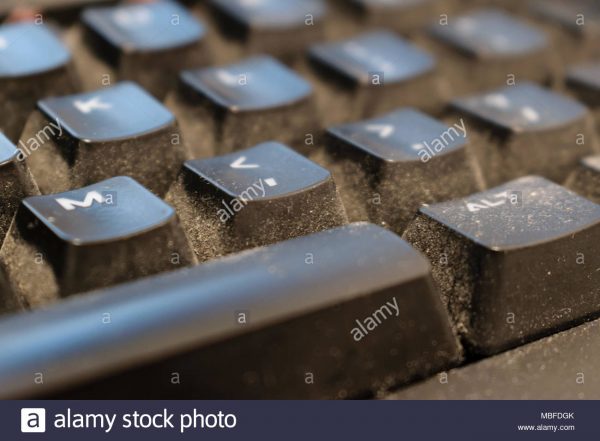 Advice: Wash hands before and after using a shared computer, telephone or other equipment and to inspire others to do the same. Most of us enjoy our snacks, Tea/coffee and cold drinks while working on the desktop. It is dangerous and one can transmit bacteria from mouth to Keyboard

In hospitals multiple staff uses the same computer; the possibility of transmitting the bacteria to patients is very high. Hospital patients are more likely to become seriously ill from bacteria transmitted from computers and health care workers’ hands.

The best way to prevent the transmission of infection is to wash hands and computer keyboards disinfected on a regular basis.

Gold Standard: Simple hand washing is the best way to stop the spread of bacteria.